A.P government has released circular memo no.3856 for Procedural Instructions for fixation of pay of employees in the Revised Pay Scales, 2015(PRC-2015)  and Audit of Claims.Based on circular memo no.3856, I came back with A P PRC 2015 salary FIXATION PROCEDURE IN TELUGU.If you have any question like How to make fixation of my salary in new Revised Pay Scales, 2015 or PRC-2015,you may get clarification with below AP PRC 2015 SALARY FIXATION DETAILS IN TELUGU. 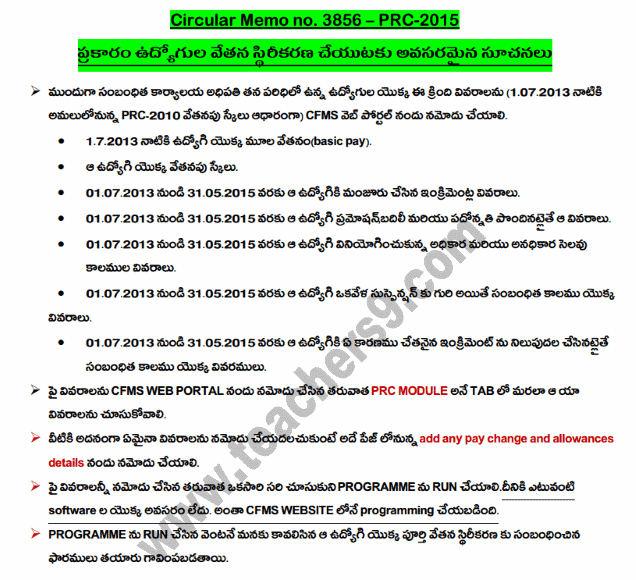 Instructions to the Departments of Secretariat, Heads of Departments; Heads of Offices/Officers looking after establishment: