The state Govt. of A.P released RC No 3150. As per this RC No 3150, some guidelines are issued regarding Notional Increments in the pre-revised scales of 2010 in respect of 2008 DSC teachers.
The attention of all the Regional Joint Directors School Education and District Education Officers in the state are invited to the reference 7’" read above, and they are informed that 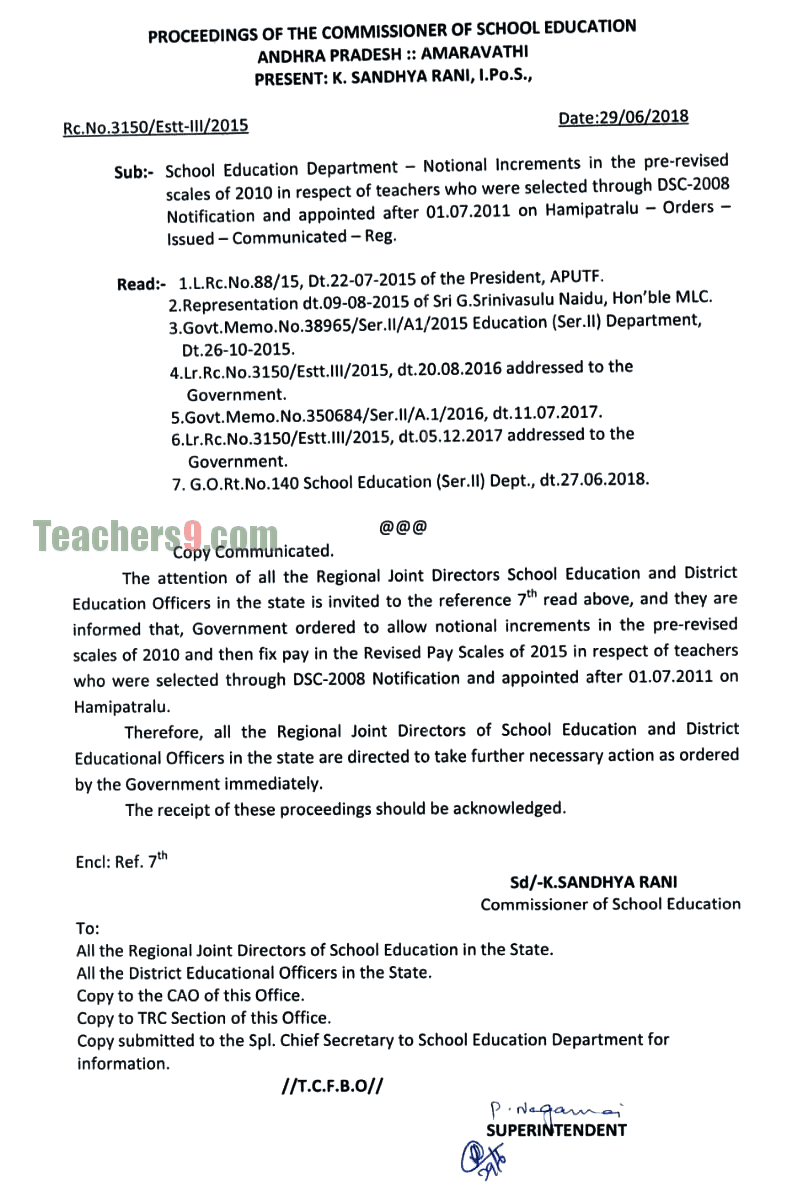 Government ordered to allow notional increments in the pre-revised scales of 2010 and then fix pay in the Revised Pay Scales of 2015 in respect of teachers who were selected through DSC-2008 Notification and appointed after 01-07-2011 on Hamipatralu.